Home / In Memoriam: Bollywoods Finest, We Salute You

In Memoriam: Bollywoods Finest, We Salute You 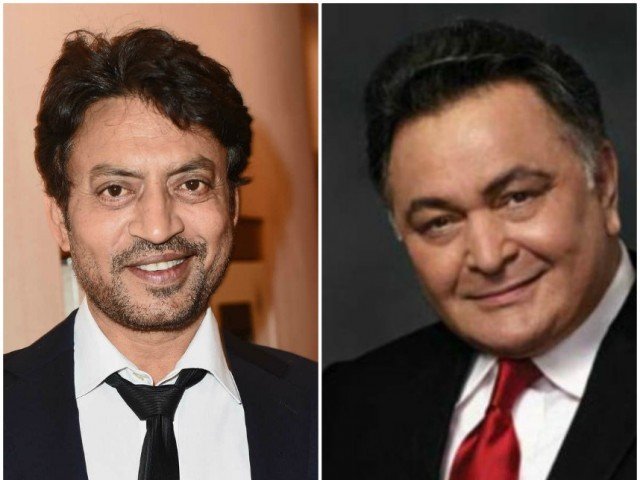 We are living in times when our spirit is survived by the art around us. Art is what we lean on for emotional support- whether it is surfing through movie channels on television or hooking ourselves to Netflix and Prime Video as they reel out one episode after another. At a time like this, we have been hit by the unprecedented demise of two of our nation’s favourite artists- Irrfan Khan and Rishi Kapoor, consecutively. The loss is unbearable by the millions whose lives were touched by them, but there can also be no better time than now to fondly remember their work and their legacy.

May their souls rest in peace.

Irrfan Khan
When the rest of the world looks at Bollywood cinema, Irrfan Khan is one of the first faces they see. Mira Nair introduced him to the silver screen with her international hit, Salaam Bombay! (1988). One of his finest performances is in fact considered to have been in another of Mira Nair’s films, The Namesake (2006). He added a Midas touch of excellence to whichever character he portrayed, almost making us feel as if the character would have never been complete had it not been Irrfan Khan playing it. Hollywood’s tryst with Bollywood happened often in the hands of Irrfan Khan, whether it be through the father in The Darjeeling Limited (2007), Simon Masrani of Jurassic World (2015), or the unnerving police inspector of Oscar-winning Slumdog Millionaire (2008). He really knew how to make us both laugh and cry.
House of Sasha’s Irrfan Khan retrospective-
Maqbool (Vishal Bhardwaj, 2003)
The Namesake (Mira Nair, 2006)
Billu (Priyadarshan, 2009)
Pan Singh Tomar (Tigmanshu Dhulia, 2010)
The Lunchbox (Ritesh Batra, 2013)
Piku (Shoojit Sircar, 2015)
Rishi Kapoor
Oh, Rishi Kapoor! Our mothers’ secret heartthrob right from the release of Bobby (1973) and our favourite Kapoor uncle from Kapoor and Sons (2016), with more than 90 romantic lead roles and a Filmfare Lifetime Achievement Award to boast of, in between. His adorable charm in films like Amar Akbar Anthony, Laila Majnu, Rafoo Chakkar, Sargam, Karz, Bol Radha Bol, have all etched their mark in the hearts of the audience. Rishi Kapoor defined what it was to be a romantic hero in Bollywood.
House of Sasha’s Rishi Kapoor Retrospective-
Bobby (Raj Kapoor, 1973)
Karz (Subhash Ghai, 1980)
Yeh Vaada Raha (Kapil Kapoor, 1982)
Sagaar (Ramesh Sippy, 1985)
Patiala House (Nikkhil Advani, 2011)
Kapoor and Sons (Shakun Batra, 2016)


Your shopping cart is empty.
Checkout

Login with email
Don't have an account? Sign Up
By signing up you agree to the Terms of Service
Return to Login
Please enter your registered email address. We will send you a link to reset your password